Search by property name or code

The worst pg ever, the owner are extremely rude, no etiquette to talk to any girl, whole family will sit there and manipulate the situation... I even called police because of there behaviour.... And they send male workers for room cleaning and all other stuff and the workers don't even knock the just open the door with the spare key they have... Worst hostel to stay in.... DO NOT COME HERE EVER...

* if u feel like u dont wanna get treated badly/ rudely even after paying money to stay dont join here
* I have never seen such a worst hostel in management in my 7 years of hostel life
* u wont find this pg in Google maps,coz they removed the location from there as many people were giving bad reviews abt the owner behaviour and the issues with pg..
* if u go to see rooms they show u one 2,3,4 rooms and say every room is same. such lazy bugs.
* the lift gets repair atleast 5 times in a month.
* if u wanna wash clothes by hand u has to do that in wash from itself... but ya there is washing machine, but the water level u can use for any pairs of dresses is 1. if u put water level above she turns it to 1 in your absence.
* there is one dog that shouts on everyone daily, but the owners dont let the dog shut atleast.
* chicken, buttermilk( no curd will b there), panner masala will b given in one small cup for one time which wont b enough. also the masala they use in gravy smells like old stock masala yet they say they are handmade masala.
* if we complain that we r finding hair in food, they blame us saying u guys are coming ith loose hair, as if they are bald and not entering kitchen.
* if u ask the lady cook for pickleor any item that got completed while she is braiding her hair, she will come without washing hands and serves the food, ewww
* if u want cool water in summer u have to keep water in fridge but they wont allow u to get the cool water from the electronic water dispenser.
* there wont be any TV channel running in ur rooms but it will coming in the mess.
* they provide stove to cook. but at a time if 2 people r there only one is allowed to cook. because they say gas will get waste. also they will pour the water from our cooking vessel(even when it is on stove) saying it will take more time to boil.but veggies wont gets boiled if there is no enough water. but if there is less water , we will turn off the stove and they will gas is their fucking idea
* if there is no TV channels on TV we will get back to phone, but there wont b wifi. u will survive if u hav jio sim. even on terrace other networks wont work.
* geyser and toilet seat and hose( that we use after using toilet seats) taps and flush wont work properly.. I hav bad experience with flush and hose..my roomies complained water is leaking as flush has some repairs before my joining there.. they didnt listened to that but when one day she saw water leaking she shouted on us saying u has to always check if water is leaking or not. I dont understand what can we do even after checking.afterall owner has to get plumber to repair.
* the owner responds to us very rudely even if we complain that food is no spice or salt.
* they wont even give u sugar for cooking, they ask u to get everything to cook. they wont allow u to take atleast some utensil from them to cook.also if u wanna cook in the morning before going to office u have to give up cooking if u wanna goto work.because the owner will b cooking some thing on that one side of the stove and u have to b in queue if u waiting for her to finish cooking.
* they lock doors at 11pm and if u had late NYT shift u have to suffer.
* giveup the idea to join here especially if u are a night person and enjoys going out and partying. cause when complain them abt the issues of hostel, they will take ur late NYT outings into consideration and says u r not a sansakari.
* they steal things and use them and blames us in return saying it's our fault to loose things..
* before joining into this shitty pg, go and ask other hostelers around this pg.most of them vacated this sri sai pg as they are not able to tolerate their rudeness after paying to stay. u will get a feedback from those hostelers to not join...because I met so many people in new pg from sri sai pg who vacated before me..
* nick name of the hostel is raakasi(monster) hostel cause of the owner behaviour.u will come to know that after1 or 2 weeks of joining there
* if u dont care even if she criticizes u and if u r adjustable one then u can join this sri sai pg to ur own death wish
* some times food stinks and sometimes it gets spoil but they say its gd.
* their own daughter itself wont the food and cooks herself.
* if there is sambar for the menu, then it's not sambar its dal
* most of the times last night rotis will be mixed with morning cooked rotis and if u take them to lunch, u will end up throwing those rotis. also the rotis that fell down and rotis on which they place their feet will be mixed to that bunch of rotis which we eat. one north Indian saw and complained abt that and they shouted on her and asked to vacate.
* u will find some cooked insects or bugs in rotis and if u complain they shout on u
* mass vacation happened at a time by 20 people as they were not bearable her actions.
* never get into fight with his son.even if u say geyser is not working he will go and shout at his mom and she will shout at us.
* only few people are leaving there unwilling coz of their luggage.

buttermilk, chicken curry, panner masala all these things are given in a small cup but only one time...
they will mix last NYT rotis in the morning made hot rotis, and if u get them to lunch, u cant eat them.
in egg fried rice u will find only oil.that too it stinks if u r late..
And the working women there always braids her hair and cooks food without washing hands that's y we get hair in food. but owner blames hostelers

worst pg of my 7 years of hostel life.
1. if u complain abt hair in food, they say its our hair, as if they dont have hair and they are not even entering the kitchen
2.self cooking is allowed, but they allow to cook only on one side of stove saying gas is getting wasted.but in mrng owner will be cooking on that one side letting us to wait and we have to give up cooking as we have to rush to ofc.
3.there is no place to wash clothes by hands.but ya there is washing machine where the shitty owner always turns water level into 1/low in our absence.
4.u wont find pg address in the Google maps cause they removed it from there as many people are posting their complaints mainly in the Google maps reviews.
* there is a electric water dispenser when we can fetch hot/normal/cool water. but they ask u to use fridge for cool water, stove for hot water.
* flushes of the toilets wont b working properly and water leaks every day...but if they c water leakage , they question us in return that y we r not looking over it, though they know it's a plumber issue and we complained abt it already.
* if u r a calm and adjustable person u can bear the owner, coz even if u say the food is not spicy she asks us to cook ourselves
* the cc cameras are only available in ground floor and terrace
* there is restriction if u wanna go out after 10.30 PM. many ofc going and coming people complained to them regarding this.but they didnt listen to this hostelers,so they changed hostels.
* there is a dog that shouts when ever u enter the pg..but owners never tame their dog to shit its mouth..
* if u go to pg and asks to show rooms, they will show one 2,3,4 sharing rooms in one floor and says rooms are same in each floor. such a lazy bug the owner is..
*the lift always gets in repair.
* before joining this shitty place, ask the feed back of the people who are in other pgs around this pg.coz most of the people shifted from there...
* owner is always rude in responding
* they blame us for issue in front of us, but if we ask when did we became reason for such things, they say they complaining abt all. for example- if we say there is issue with refrigerator, they say we did something to it...but if we ask logically they say its abt all they are speaking abt. they charged us even for geyser.. such a money seekers
* if u get into fight with the Male guy over there, it will turn into big fight coz he go and shouts at his mom and she shouts at us.
* 20 people at a time vacated from this pg coz of this stupid lady owner.and am one among them.

still if u wanna join here it means u have lots of patience.. also u should dumb and deaf...... 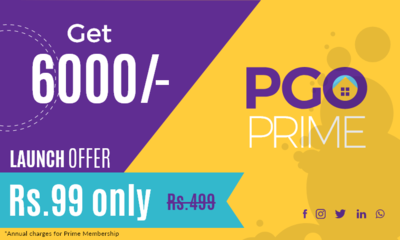